Embedded systems for audio and multimedia are increasingly used in the arts and culture (e.g., interactive systems, musical instruments, virtual and augmented reality, artistic creation tools, etc.). They are typically based on a CPU (Central Processing Unit) which limits their computational power and induces some latency. FPGAs (Field Programmable Gate Arrays) can be seen as a solution to these problems. However, these types of chips are extremely complex to program, making them largely inaccessible to musicians, digital artists and makers communities. The goal of the FAST project is to enable high-level programming of FPGA-based platforms for multichannel ultra-low-latency audio processing using the Faust programming language (a standard in the field of computer music). We plan to use this system for various applications ranging from sound synthesis and processing to active sound control and artificial sound field/room acoustics. 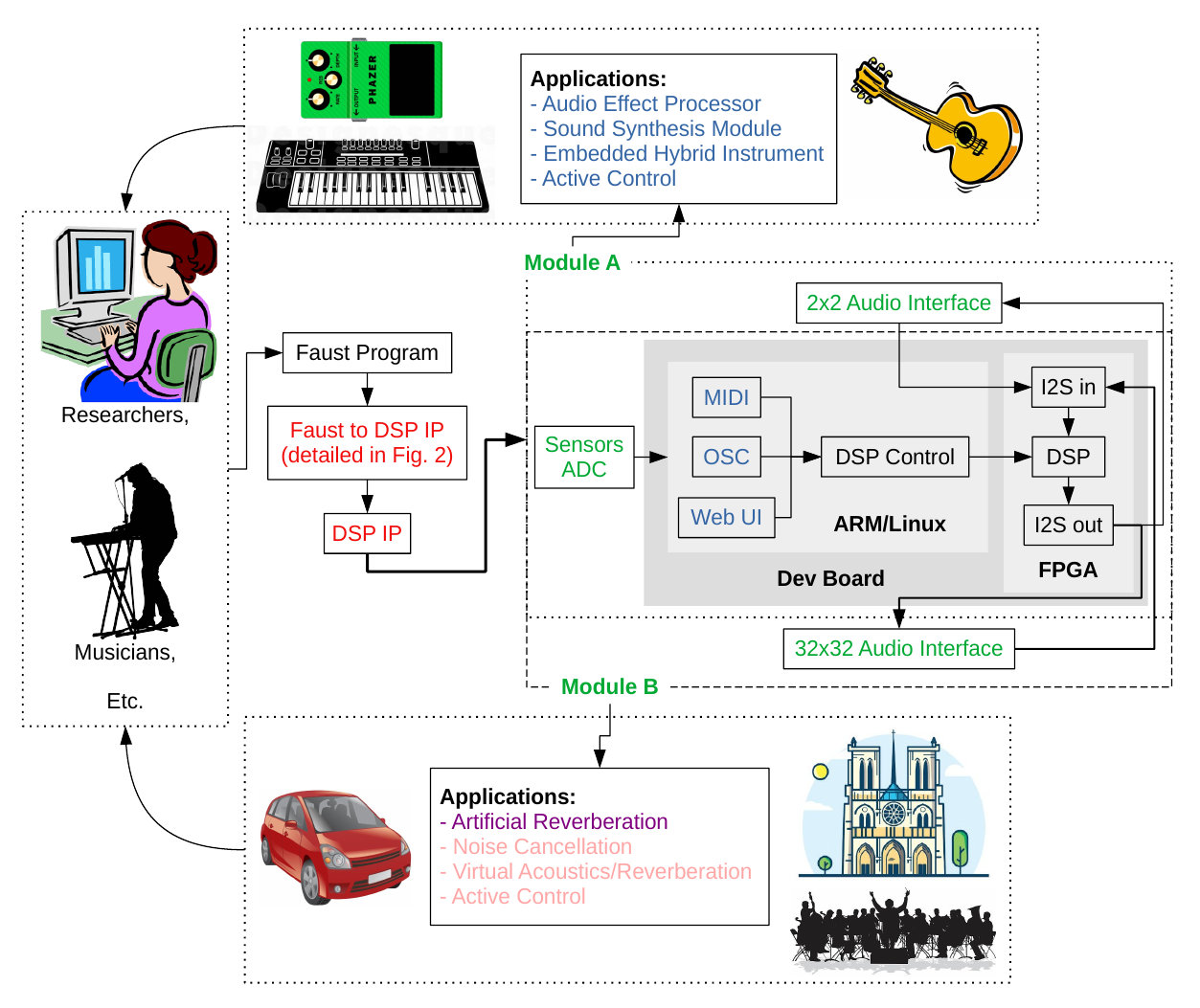 GRAME is a "Centre National de Création Musicale" (National Centre for Musical Creation) funded by the French ministry of culture, the Auvergne-Rhône-Alpes region and the city of Lyon. It is organized in three departments: production/music creation, transmission, and research. GRAME's research department hosts four permanent researchers as well as PhD students, postdocs, engineers, interns, etc. Its activities focus on music technology and computer music. GRAME is the birthplace of the Faust programming language which is used at the heart of FAST.

CITI is an academic laboratory associated with INSA Lyon and INRIA. The CITI Laboratory develops research activities bringing together computer science, networking, and digital communications to address the challenging issues related to the development of Internet. One of CITI's research focus is on FPGAs which are heavily used as part of FAST.

The LMFA is the Laboratoire de Mécanique des Fluides et d'Acoustique (Fluid Mechanics and Acoustics Laboratory). It hosts researchers from École Centrale Lyon, INSA Lyon, Université Claude Bernard Lyon 1 and CNRS. The members of LMFA associated to the FAST project specialize in acoustics active control which is one of the focus of FAST.

From here you can search these documents. Enter your search terms below.